The other night we went out, as adults, with other adults. It was very sophisticated. Of course we ran into even more adults including some who were dressed up for a night on the town. Costumed up, I should say for some apparent pre-Halloween festivities. We’ve all seen the selection of women’s Halloween costumes right now….sexy nurse, sexy prisoner, sexy race car driver, you get the idea. So imagine my surprise when there, in the middle of the crowd, was sexy Abraham Lincoln. Black blazer, black mini skirt, white blouse, fish nets, pumps, top hat and yes, Abraham Lincoln beard. Not just any Abraham Lincoln beard, a sassy supermodel-type Abraham Lincoln beard.

I’m not a natural Halloween 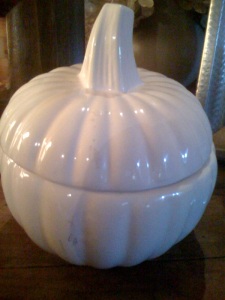 person, though through the years, I’ve tried really hard. As a kid, I was the one who always got a fever the day of, or alas, threw up at school ten minutes before the costume parade (it was 2nd grade. Of course, my mother had spent a month working on a Revolutionary War period costume for the occasion that would not see the light of day.) I did rock the Mickey Mouse in ’77 and Princess Leia in ‘78 complete with homemade buns (thanks again mom). There were the unfortunate off years where “jogger” or “girl in wig” had to suffice.

My sad attempt at replicating my brother’s infamous “blind date” costume– the sight impaired glorified raisin that had skyrocketed my brother’s status to that of Halloween legend — fell appropriately flat when I kept having to explain it.

College, right? College Halloweens had to be epic. I had pretty high hopes going in. I won’t bore you with the sad details. They are not even funny sad, just sad sad. So I suppose epic is still appropriate if you are talking about the level to which they were ho-hum. As was my first crack at homemade Halloween treats. I tried to guess the recipe for sugar cookies. That, my friends, is why I cook, and do not bake. I can guess the recipe for a lot of things, but with baking I now know, there is stinkin’ science involved.

I did put my all into pumpkin carving when they came out with those handy kits. I loved picking the most complicated pattern, and it would take about 4 hours for me to finish one design. Those tiny little haunted house windows are tricky. I’d be sitting at the table, tongue out, brow furrowed and glistening with the perspiration of pure determination, moxie, and chutzpah! I’d eventually look up and I’d be sitting alone nursing my wrist and looking for the beginning signs of carpal tunnel syndrome, while everyone else had retired to the couch with a beer having finished their elementary designs of “funny ghost face” or “bat.”

Then I had a baby, and I could not get through trying to cut the hole in the top without having to stop 11 times to feed and change and bounce and soothe. That’s when I decided that pumpkins were even more attractive and longer lasting when you did not have to cut them open.

Jake did however breathe new life into my Halloween efforts. I cried when I saw him in his baby pea pod suit. He hopped all over my office as a frog, put on my heart and soul when he slipped into the airplane costume I made for him, and wore around half our monthly food budget in his sharp looking and fully legit NASA flight suit.

He also spent one year as “the kid with the fever” with Zach taking his turn with it two years later.

We do have high hopes for this year. I may have failed on the cookie front again, but the costumes are shaping up nicely.

Zachary is the most detail-oriented dresser-upper you’d ever lay eyes on; last year in his Indiana Jones satchel, where nobody could see, you would have found jewels, a journal, a whip and a snake that helped him get into character. This year, he has taken it upon himself to meticulously grow out his hair to achieve the fluffiest, featheriest Mark Hamill ‘do this side of 1987. It will go perfectly with his x-wing fighter suit. Let me just say that again. It’s a 5-year-old growing out his hair to replicate Luke Skywalker, circa 1977. He is nothing if not dedicated.

After lamenting costume options for weeks with Jacob, including an ill fated Justin Bieber idea, yesterday we walked into a local Halloween store and asked for beards. The girl cocked an eyebrow at me – “Brian Wilson?” I nodded sheepishly, with the confirmation of what I expected. Prepare yourself Bay Area folks – Brian Wilson will be visiting you… a lot. I really would have felt like a Halloween rock star if I could have honestly answered, “No thanks, show me your sexy Abraham Lincolns.”