Can I please have a mulligan on this year? 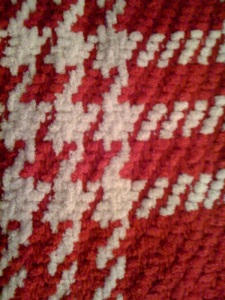 January is supposed to be the month of new beginnings. For some dag gum reason, January of 2011 is more like the month of false starts.

All of the cheer and cocoa swilling bliss of December has historically made way for the deep breath and the “let’s get back to business” attitude that propels us forward from January into the rest of the year. Very productive and healthy, agreed, especially when we are committed to healthier habits and a snazzy new calendaring system. But this year, I hardly feel propelled. It’s more like that running stumble, where your arms are flailing around, and you are waiting to fall on your face, but your feet somehow just keep going forward…and you are hyper aware of everybody who is watching for you to just hurry up and fall down already. It’s like that.

Now I’m as optimistic as the next gal, but I also revel in my grizzled sensibility; not so grizzled where I’m yelling at the neighbor kids to get off my lawn, but juuuust grizzled enough to make me, hopefully, tolerable. This is the part of me that knew that I should keep simple my plan for “Colleen: a picture of happiness, relaxation, organization, patience, fitness and efficiency in 2011.” Yes, simple. Flossing; getting up early; praying more; exercising enough to justify saying, “yes, I exercise;” spending less; reading more; writing more; driving thru less; cooking more without having to shake stuff out of a box first; forgoing the previously mandatory stockpile of cheeses and chocolates; reading my Bible every day; and keeping it together even when my kids aren’t. That’s it. Simple.

So now, here we are, just over ten days into the year, and I’m 6 days behind on my handy new 3-year-Bible iPad app that John installed for me, and 10 days behind on exercising. Everything I’ve cooked this year has in fact, come from a box, and I don’t know if the boys would call what I’m doing “keeping it together.”

I’ve been to the computer more often than I care to remember in vain attempts at waxing poetic over the wonder that was Christmas; about the angelic children who serenaded us with “Away in a Manger” while lifting their dresses over their heads and waving at their moms on Christmas Eve; and the cozy comforts of spending 76 hours in pajamas while eating cookies and staring wistfully out the window at the snow. But what happened instead? There I sat, staring at the computer, freezing my you-know-what off in the living room that never gets warm, wearing a blanket for a cape… then writing about THAT. That’s when you know it’s bad. This is what came out:

It’s really cold down here, and I find that off putting. Plus my kids are always wanting something, like dinner or attention. But there is some exciting news – I have a soft, new blanket that I have fashioned into a luxurious cape. I totally get capes now. You’re really something special when you’re wearing a cape. Special, and…..we’ll call it… eccentric. I bet Howard Hughes wore a cape. How about that chick in “Sunset Blvd.?” I bet she wore a cape. Crazy is such a strong and inappropriate word, unless you pair it with comfortable. “Man, this cape is crazy comfortable.”

That was pretty much the best paragraph I could come up with in the first 10 days of 2011.

That’s when I realized not only did I have a case of crazy comfortable writer’s block, but I had complete and total resolution induced paralysis.

I was so fired up for being the best me that I could be, I couldn’t even be as good as the “meh, jury’s still out” me of 2010. It was the big game, and I was choking. I was not getting up an hour earlier than I was last year, but now 6 minutes later than before. How on Earth did I ever make lunches AND breakfast AND cheery chit chat in 2010, while getting everybody to school on time and with a smile on their faces? This last week has everybody nearly in tears as we race for the car, a sweatshirt pulled over my pink sock monkey pajamas that are half sticking out of a pair of UGGs, and Jacob’s favorite…the ponytail left over from sleeping time. I haven’t asked, but I’m pretty sure he’s praying the entire ride to school that I don’t choose that day to get out of the car. On the way back to the house to surrender the sock monkey pajamas for another day, I tell Zachary that tomorrow will be different. I’m going to make it happen tomorrow. We’ll all be up nice and early, and we will be a picture of efficiency, and I will be relaxed, and nobody will need to rush or cry or feel stressed. Then he asks if we can please turn up the radio.

Last fall, when every mom I knew was losing their minds a little bit under the weight of activity and responsibility and schedules, my dear friend Kris told me something that somebody told her that was so simple but so significant, that it completely blew my mind. Don’t be so hard on yourself. Yeah, yeah, I know, that’s already a saying. But what happens when you say it about you, first-person style? It totally feels different…try it:

“I’m not going to be so hard on myself.”

Aspirations and hard work keep us going forward, I know, I’ve read the posters. But take it easy on yourself, or you are going to self-improve yourself right into a cape, and then…you will want to write about it. Shoot, I liked the 2010 version of you, anyway.